Of all the latest feuds and personal fights protruding in the wrestling world nowadays, there is one that has cemented itself into the finest sell out brawls ever witnessed. Every fight, to go through such a long way requires effort, time and investment on the part of wrestling companies to ensure that the bout keeps thriving every time two high class athletes meet face to face. With today’s audience clamoring for new taste and rolling their eyes at anything seen before, it speaks volumes about the monumental foundation of the feud between Brock Lesnar and the Undertaker. 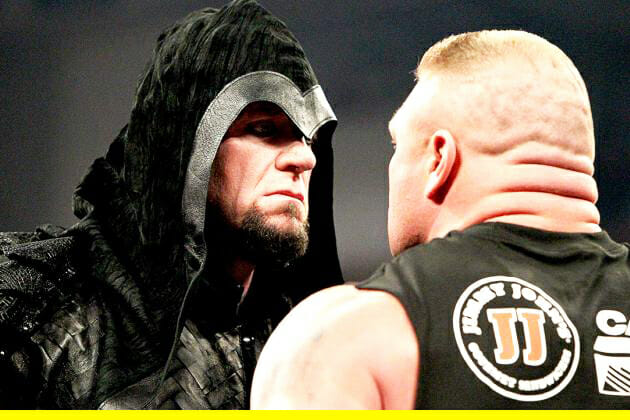 Brock and Taker have been going on this for the past decade or so – both are proud individuals and posses an unlimited amount of athletic ability. Both are capable of becoming the top wrestler in the world and have been in their respective times. But the irony that they will lay down for each other while the other reaps the rewards is downright impractical.

With Brock’s coming to the WWE in 2002, he quickly rose up the ranks and in six months became the champion. The Undertaker definitely took this as a grain of salt as he considered this company to be his backyard and being the top guy was something he was used to. There intense rivalry back in the glory days when they ripped each other apart and broken bones was a testament to the fact that this was not just simply any fight – it was personal. 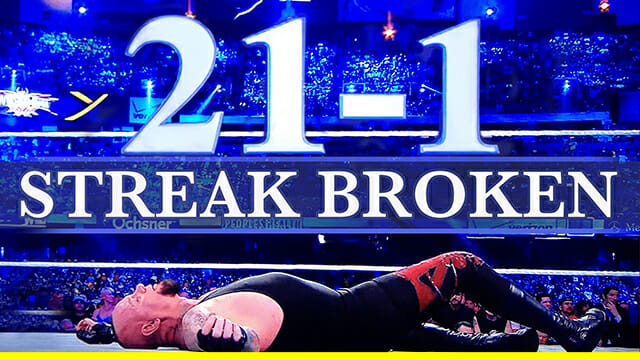 The Fight for the Streak

It seemed that these two had had enough of the bad blood spilled between them back in the early 2000’s but it was not so. It came full circle on Brock’s return to WWE after several years and I the same short time as before making himself the top dog of the company. The Undertaker, who in Brock’s absence, took his wrestling career to legendary heights seemed to people on his last legs. Bu that desire to best the man who had been hid biggest rival meant he wanted one more fight at the grand stage. However, Brock Lesnar had come back better than ever before and not just breaks the Undertakers streak but him as well by beating him mercilessly.

Return to ‘Hell in a Cell’

For a complete year, the Undertaker was nowhere to be seen at which point many considered him retired. But after recuperating from his injuries, the Phenom returned with hell on his mind and has become a thorn on Brock Lesnar side ever since, ultimately costing him the championship belt. This has bought back Lesnar’s desire to fight one more time and finish his oldest adversary once and for all. And what better way to do so than in a covered steel cage with allt he weapons of destruction bought under one roof. Next month’s fight is not just an end to their rivalry but to a decade of anger and vindictiveness that these two men have against each other.