It seems not so long ago that the entire wrestling universe exploded when the most legendary wrestler in sports entertainment joined the ranks of WWE. The chances of such a thing happening were completely nil until last year, Sting signed on the dotted line and signed a lucrative deal with WWE which, unknown to him, would take him on a journey of epic proportions. Considering his latest injury status, it is probable that the short stint that Sting has had so far has been nothing short of a failure for him and his career.

The Path Of Sting

Quite early into the announcement of his entry in WWE, it was considered an open known fact that Sting only signed in to make some specific appearances and would be a good ambassador for the company. The point of any one match at that point would definitely be an Undertaker match which Sting himself stated quite a few times would be his ticket to sign up in the first place.

However, certain events took place that did not make that event possible; rather, it seemed that even WWE was unsure as to whether he was medically fit to compete. This is why the match with Triple H looked as a sign that they were under testing waters with him. Although the match got good grades owing to Wrestlemania standards, the fact that Triple H’s style is old fashioned got Sting to fight him without much problems. However, once the match with Seth Rollins was set to take place, it seems obvious that the company was moving way too fast and putting him in a dangerous position.

Let’s face it; the only reason for Sting being in this match was for ratings; plain and simple. But the problem entails that Seth’s fighting style is not at all suitable for Sting. He is a high flyer and many air maneuvers that would make it hard for a ground fight. This forced Sting to go beyond his level of comfort that is not acceptable at his age. He started performing moves over the top ropes which signaled his demise in that match since the numbness in his neck and shoulders had started at that point (as stated by Sting). Putting him on the turnbuckle turned that numbness into sheer pain and a serious injury took place. 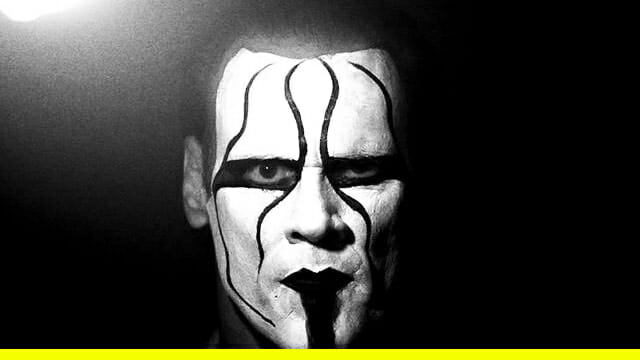 Whose Mistake Is This?!

It could be WWE who had rushed him to fight a wrestler, not understanding the difficulty he would face as a performer. It could be Seth Rollins not taking the necessary precautions to help Sting through those moves. Quite frankly, it is Stings fault in the end; he should never have taken his health into consideration from the start and not think about the glory days. He should have performed only at a level and not get caught up in the moment. More importantly, he should not have wrestled; a straight part time deal to highlight his appearance to boost ratings and going into the Hall of Fame would have been the smart choice.